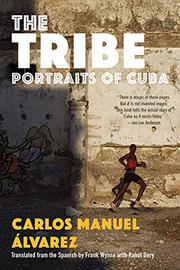 Pungent snapshots of life in Cuba both before and after the death of Fidel Castro.

Cuban journalist Álvarez has an excellent facility with dialogue and story, showing readers the distinct personalities of a diverse swath of Cuban citizens. First published in 2017, the book opens with a tender transitional moment as Presidents Barack Obama and Raúl Castro announced the restoration of diplomatic relations between the two countries on Dec. 17, 2014. “This news,” writes the author, “is not as momentous to Americans as it is to Cubans. Hence the fact that the announcement leaves no gringos bewildered, wondering what is happening and what will happen next. Cubans, on the other hand—we who effortlessly make an epic of the everyday, who don’t hesitate to declare the slightest skirmish or governmental whim a historic event—are instantly eaten up by questions, and frantically searching for some kind of clarity in our neighbors’ opinions in a way we never have before.” Throughout, Álvarez renders multifaceted portraits of a wide variety of memorable characters: American fugitives from justice; José Contreras, the Yankees pitcher who was finally allowed to return to his home country; members of the breakout Cuban orchestra Los Van Van; Rafael Alcides, a revered dissident poet in seclusion; a butcher and other shopkeepers who have learned to squeeze out a living by working the black market; impoverished intellectuals and beleaguered performance artists; and those walking along Havana’s famed esplanade, the Malecón, where the author visited “to do battle with an age-old canard: the syrupy, sentimental claptrap that third-rate poets, hack journalists, and miserable minstrels have poured over the long wall that girdles the city’s entrails.” Most of the author’s subjects love their country despite suffering under an authoritarian system that has left them with meager wages, food scarcity, and significant emotional drain. Álvarez captures it all in a satisfyingly kaleidoscopic narrative portrait.

Beautifully composed authentic vignettes about Cubans of all stripes.