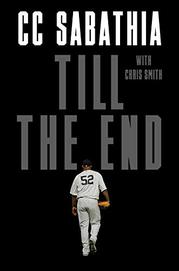 by C.C. Sabathia with Chris Smith

One of the best pitchers of his generation—and often the only Black man on his team—shares an extraordinary life in baseball.

A high school star in several sports, Sabathia was being furiously recruited by both colleges and professional teams when the death of his grandmother, whose Social Security checks supported the family, meant that he couldn't go to college even with a full scholarship. He recounts how he learned he had been drafted by the Cleveland Indians in the first round over the PA system at his high school. In 2001, after three seasons in the minor leagues, Sabathia became the youngest player in MLB (age 20). His career took off from there, and in 2008, he signed with the New York Yankees for seven years and $161 million, at the time the largest contract ever for a pitcher. With the help of Vanity Fair contributor Smith, Sabathia tells the entertaining story of his 19 seasons on and off the field. The first 14 ran in tandem with a poorly hidden alcohol problem and a propensity for destructive bar brawls. His high school sweetheart, Amber, who became his wife and the mother of his children, did her best to help him manage his repressed fury and grief about the deaths of two beloved cousins and his father, but Sabathia pursued drinking with the same "till the end" mentality as everything else. Finally, a series of disasters led to a month of rehab in 2015. Leading a sober life was necessary, but it did not tame Sabathia's trademark feistiness. He continued to fiercely rile his opponents and foment the fighting spirit in his teammates until debilitating injuries to his knees and pitching arm led to his retirement in 2019. This book represents an excellent launching point for Jay-Z’s new imprint, Roc Lit 101.

Everything about Sabathia is larger than life, yet he tells his story with honesty and humility.