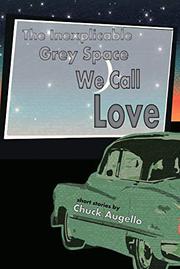 A debut collection of short stories that examine love and death with flashes of dark wit.

“Pizza Monks,” the first of the 14 stories in this book, has an intriguing strangeness. Written in the first person, it tells of a pizza shop worker who, when about to close up, is approached by two Buddhist monks who request 20 pizzas. The pizzas are a favorite of a member of their brotherhood who plans to set himself on fire at sunrise. That storyline helps to set up a collection in which the motif of fire is prominent throughout: In “Smoke,” a man agrees to torch his brother’s house as part of an insurance scam, and “A Lesson in Fire” describes a girlfriend’s father inexplicably self-combusting. Other stories tell of a man who learns that his father enjoys wearing women’s lingerie, a goat discovered in the bathroom at a McDonald’s, and a salesman who falls in love with the word “languid.” Augello’s writing is richly textured. In the disturbingly dark “Call Me Your Unbroken,” the conception, pregnancy, and birth of a daughter all happen over the course of one night. The author’s words are loaded with suspense: “She was naked, her body slender and taut, her hips small again, as if she’d never given birth. She held the baby at her breast as she took a step, then another, toward the edge of the balcony.” On other occasions, Augello employs a fiendishly macabre wit. Describing the recently self-combusted father, he writes: “We tried to put out the flames with glasses of water and little cups of coffee, but it just didn’t work.” Almost every story relies on a hook—an uncanny occurrence—to draw the reader in. Although the subject matter of the stories varies, the approach becomes predictably familiar and starts to feel programmatic toward the end of the collection. That said, this is a promising debut indicative of a wild imagination and a burgeoning talent.

A book that’s sometimes formulaic but alluring in its strangeness.