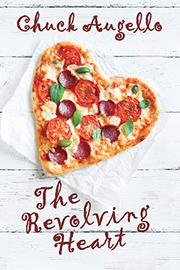 A call from an old friend in need leads a struggling playwright to come to terms with his complex history in Augello’s debut novel.

Donatello “Duck” Marcino is a master pizza chef, an unsuccessful playwright, and a narcoleptic. Amy is a suicidal, alcoholic single mother. The two were inseparable in their teenage years, during which they often babysat for the much younger Sarah Carpenter, whose mother was a less-than-ideal parent. A day at the beach in the 1990s changed their lives immeasurably, though, as Sarah went missing. Duck still has no idea what really happened that day, as he fell asleep on the beach as a result of his narcolepsy. It was generally assumed that Sarah drowned, although Amy claimed that the school drama teacher, Michael Ronan, whom Duck idolized, kidnapped the girl. However, police found no evidence that this was the case. Duck later left New Jersey for California, but a distress call from Amy 20 years later draws him back to his hometown to confront old demons. Duck, accompanied by his remarkably tolerant girlfriend, Kelly, immerses himself in the world he left behind and comes to a new, harrowing understanding of the events surrounding Sarah’s disappearance. Augello’s novel is a beautifully crafted fictional study of the long-term impact of neglect and abuse. Although the initial setup is reminiscent of a crime novel, the story gradually settles into a more reflective narrative about the choices that people make, the bonds they forge, and the obligations they can’t escape, however much they might try. The prose style is first-rate, featuring hints of Douglas Coupland and Philip Roth, cut through with the flavor of Beat Generation narratives. Augello shows a knack for sharp, believable dialogue, and his character construction is impressive. The unsettling malice of male aggression simmers throughout the story, as well, without ever feeling over-the-top.

A superb, captivating work from a promising new literary voice.