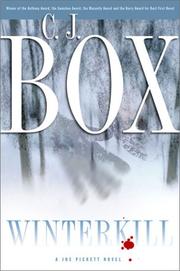 The latest in an award-winning series set in the Bighorn Mountains (Savage Run, 2002, etc.).

Minutes after Wyoming game warden Joe Pickett arrests Lamar Gardiner, District Supervisor for the Twelve Sleep National Forest, for firing into a herd of elk, killing seven animals and blindly continuing to reload with cigarettes after he runs out of shells, Gardiner manages to handcuff Joe to his steering wheel and bolt off into a winter storm, only to turn up pinned to a tree with a pair of arrows, his throat cut. And things get even messier from that point on. The attack on a federal agent, together with reports that the Nation of the Rocky Mountain Sovereign Citizens has established an encampment in Twelve Sleep, brings gung-ho US Forest Service investigator Melinda Strickland and FBI sharpshooter Dick Munker, a veteran of Waco and Ruby Ridge, to town. Strickland maintains that she’s just trying to get justice for a murdered official, but she seems awfully eager to tie the perp to the Sovereigns. By the time Joe arrests one of Gardiner’s disappointing killers and identifies the other, Strickland and Munker are already planning an all-out attack on the encampment. The prospect is a personal nightmare for Joe, since Jeannie Keeley, the drifter whose abandoned daughter April Joe and his wife have been trying to adopt, has reclaimed April and spirited her off to the dubious shelter of the Sovereigns.

The loose ends that make this the least satisfactory of Joe’s three cases to date still don’t inhibit Box’s gift for nonstop action and his ability to see every side of the most divisive issues in the West.