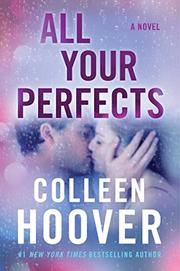 Named for an imperfectly worded fortune cookie, Hoover's (It Ends with Us, 2016, etc.) latest compares a woman’s relationship with her husband before and after she finds out she’s infertile.

Quinn meets her future husband, Graham, in front of her soon-to-be-ex-fiance’s apartment, where Graham is about to confront him for having an affair with his girlfriend. A few years later, they are happily married but struggling to conceive. The “then and now” format—with alternating chapters moving back and forth in time—allows a hopeful romance to blossom within a dark but relatable dilemma. Back then, Quinn’s bad breakup leads her to the love of her life. In the now, she’s exhausted a laundry list of fertility options, from IVF treatments to adoption, and the silver lining is harder to find. Quinn’s bad relationship with her wealthy mother also prevents her from asking for more money to throw at the problem. But just when Quinn’s narrative starts to sound like she’s writing a long Facebook rant about her struggles, she reveals the larger issue: Ever since she and Graham have been trying to have a baby, intimacy has become a chore, and she doesn’t know how to tell him. Instead, she hopes the contents of a mystery box she’s kept since their wedding day will help her decide their fate. With a few well-timed silences, Hoover turns the fairly common problem of infertility into the more universal problem of poor communication. Graham and Quinn may or may not become parents, but if they don’t talk about their feelings, they won’t remain a couple, either.

Finding positivity in negative pregnancy-test results, this depiction of a marriage in crisis is nearly perfect.