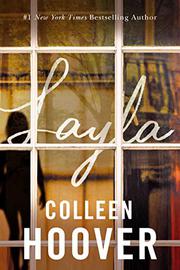 An aimless young musician meets the girl of his dreams only to have his newfound happiness threatened by several inexplicable—and possibly supernatural—events.

The story opens as Leeds Gabriel meets with a detective while his girlfriend, Layla, is restrained in a room one flight above them. Through the interview, readers learn that Leeds was wasting both his time and his musical talent playing backup for a small-town wedding troupe called Garrett’s Band when he spied Layla dancing her heart out to their mediocre music at a wedding. When Leeds approaches Layla, their connection is both instant and intense. A blissful courtship follows, but then Leeds makes the mistake of posting a picture of himself with Layla on social media. A former girlfriend–turned-stalker wastes no time in finding and attacking Layla. Layla spends months recovering in a hospital, and it seems the girl Leeds fell for might be forever changed. Gone is her special spark, her quirkiness, and the connection that had entranced Leeds months before. In a last-ditch effort to save their relationship, he brings Layla back to the bed-and-breakfast where they first met. When they get there, though, Leeds meets Willow, another guest, and finds himself drawn to her in spite of himself. As events unfold, it becomes clear that Willow will either be the key to saving Leeds’ relationship with Layla or the catalyst that finally extinguishes the last shreds of their epic romance. Told entirely from Leeds’ point of view, the author’s first foray into paranormal romance does not disappoint. Peppered with elements of mystery, psychological thriller, and contemporary romance, the novel explores questions about how quickly true love can develop, as well as the conflicts that can imperil even the strongest connections. Despite a limited cast of characters and very few setting changes, the narrative manages to remain both fast-paced and engaging. The conclusion leaves a few too many loose ends, but the chemistry between the characters and unexpected twists throughout make for a satisfying read.

A unique story of transcendent love.