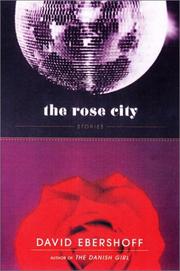 A well-honed but less-than-striking collection about discontented gay men caught between troubled childhoods, diminished lives, and the shifting winds of their uncertain futures.

Whether the setting is Boston or Pasadena, the men and boys inhabiting the shrunken worlds of each of Ebershoff’s seven tales have more in common than not. In “The Charm Bracelet,” Billy is a high-school kid who likes to cruise at a nearby gay bar, but has yet to go beyond being flirtatious, sharing drinks, and taking phone numbers. A chance encounter with a frightened woman in a darkened park threatens to shine some reality into his life before he shuts it out again. The title story features Roland, a 48-year-old swelled to bursting with a sense of his own importance to the community. Watching men in the locker room of his athletic club, he “boiled a batch of distaste, one that would stay with him through the day.” Like all of Ebershoff’s men, Roland longs for much more than he could ever have and pays a dear price for all that attention focused elsewhere. Similarly, in “Tresspass,” the book’s spooky conclusion, the teenage narrator sleepwalks through his stunted life, suffused with dreams of what could and should be. Some of the stories, like the opener, “Chuck Paa,” in which an acne-scarred home-health aide moves from one dying AIDS patient to another, cling to you with the intensity of their sadness and sense of limitation. But for all the assured and talented writing on display here, the refrain of themes—distant families, relentless hunting for something better, obsessions with physical perfection—and sameness of tone level out the collection’s high points.

Ebershoff (The Danish Girl, 2000) strikes a chord over and again, sure to resonate like soulful music to some and clanking repetition to others.