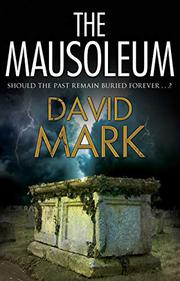 A lifetime of secrets is slowly revealed in this intricate look into past murders and present-day guilt.

October 1967 finds Cordelia Hemlock lonely and grief-stricken in the remote area of the Scottish borderlands hard by Hadrian’s Wall, mourning her young son who recently died. While lying in a cemetery one day, she’s approached by Felicity Goose, a local woman destined to become her lifelong friend. Cordelia and her rarely seen husband bought a house in the area where they were raising Cordelia's son, Stefan, the product of a short-lived university affair that could never end in marriage. Instead, Cordelia accepted an offer of support for Stefan and herself from a gay, highly placed government official who needed a wife for cover. The area residents’ dismissal of Cordelia as a snob has softened since she lost her child. Now, when a sudden storm catches the two women in the graveyard, a lightning strike fells a tree, destroying a small crypt and revealing not only ancient bones, but the body of a much newer corpse in a dark suit. Recovering in Felicity’s house, Cordelia meets a neighbor named Fairfax Duke, who agrees to go to the cemetery to see the body Felicity doesn’t want to admit exists. When Fairfax doesn't return to Felicity's house, it turns out that he's been killed in a car crash. The other body has disappeared, but the police ask no questions, so Cordelia finds a new purpose in life investigating what she assumes is a murder. Since the death of his son in World War II, Fairfax had never stopped asking questions and writing the stories of everyone in the area who would talk to him, and now he’s left a rich lode of information for Cordelia. Many of the people he interviewed are local, but some just never left the area after being released from a POW camp during World War II. As the story shifts from the 1960s to 2010, appalling secrets come to light, putting Cordelia in jeopardy while changing her life in unimaginable ways.

In a departure from his superlative police procedurals (Cold Bones, 2019, etc.), Mark produces a stand-alone psychological thriller, character-driven but with plenty of bizarre twists, that’s sure to please fans of Catriona McPherson.