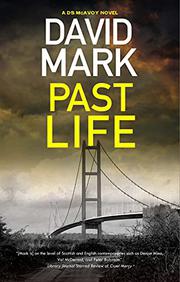 Aector McAvoy fans, rejoice! The highly regarded Hull police officer is back in a searing exposé of buried secrets.

When a fortuneteller is found murdered and mutilated, Detective Superintendent Trish Pharaoh and her team catch a case which, for Aector, turns into a devastating replay of the past. Twelve years ago, Aector’s future wife, Roisin Teague, an Irish Traveler and the apple of her powerful father’s eye, was staying with her aunt, clairvoyant Eva-Jayne Puck, to keep out of the way of a vicious feud between her family and a rival clan. When someone killed and mutilated Eva-Jayne in her own apartment, Roisin barely escaped. Aector learned from a CCTV image that Roisin, whom he’d been unable to forget after having "half killed" some men who’d raped her several years earlier, was a witness to Eva-Jayne's killing. Instead of turning her in, he searched for her, and she helped him survive a vicious attack by the hired killer known as Cromwell. Now married to Roisin, a conflicted Aector lives with the false belief that his father-in-law killed Cromwell. Roisin, who knows better, has recurring nightmares she refuses to discuss with her husband. Now Cromwell’s come for revenge, using Aector and Roisin’s children as bait. Aector goes rogue to protect his children, who are caught up in a case that has become ever more complex and brutally dangerous.

Polished prose, lovable recurring characters, and a stunning revelation make this a mystery to savor.