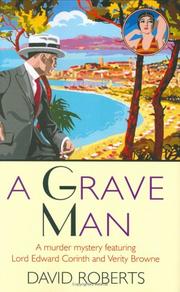 After archaeologist Pitt-Messanger is stabbed while attending a memorial service for Lord Benyon (Dangerous Sea, 2003, etc.), his daughter seeks solace at Swift Hills, home of Sir Simon Castlewood and his wife, Verity’s old school friend. Accepting her own invitation to Swift Hills, Verity meets a diverse set of fellow guests, including the talented surgeon Dominic Montillo, a man whose ideas on eugenics would make him right at home in the Third Reich. Winston Churchill, meanwhile, asks Lord Edward to look into Montillo’s medical research facility, which is largely financed by Castlewood. Verity’s dislike of Churchill strains her relations with Lord Edward, and when she falls for the anti-Nazi German Adam von Trott, their romance stalls. So does a cricket match at Swift Hills, when Miss Pitt-Messanger is found floating in a stream, stabbed with an ancient dagger. The action shuttles back and forth between England and the south of France, where the mysterious research facility is located. A large supporting cast, from Edward VIII to Castlewood’s French mistress and a new love interest for Lord Edward, is introduced before the murders are solved.

Like Lord Peter Wimsey and Harriet Vane, the salt-and-pepper sleuths complement each other well. But this tale is a little too complicated by prewar politics and social mores to be satisfying.