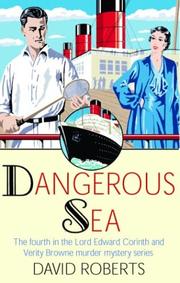 Also perambulating the first-class deck are left-leaning journalist Verity Browne, off to the New World to reconnoiter the worker’s movement, and her dear chum Lord Edward Corinth (Hollow Crown, 2003, etc.), on hand to safeguard Lord Benyon, an economist en route to secret meetings with Roosevelt. Barely a day out, another of Benyon’s minders is murdered—strung up like a side of beef in a food freezer—and the following day obnoxious, racist, sexist Senator Day, who seems to have blackmailed half the first-class sailors, is found dead at the bottom of the swimming pool. What’s next? A film star is nearly poached in a sauna and a mural painted by a semi-talented artist vandalized. But Benyon, looked after by Corinth’s valet Fenton and his nephew Frank, is faring splendidly except for a bout of seasickness. There are shipboard races, romances, costume parties, fine suppers in the Veranda Room, and, none too surprisingly, more than one murderer afoot for Corinth to deal with (Verity’s too busy falling in and out of love with a married labor organizer to be much help). By the time the ship docks, Edward will have decided to ignore one murderer’s handiwork.

Edward and Verity finally consummate their romance while Roberts continues his tedious study of WWII politics and morals.