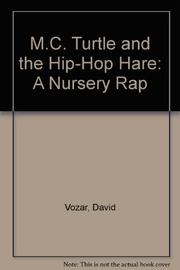 A brazen exploitation of rap's popularity. When the rhythms work, raps works, but this updating of the tortoise and hare fable clunks and stumbles along like a square-wheeled flivver. The rhymes are as predictable as the race's outcome: ``All you animals are no competition./There's no way, under any condition,/I can lose a race to anyone running./You know, I'm not joking and I'm not funning.'' Aesop for the streets is a nice concept, but the only thing ``street'' about this version is the occasional ``yo'' or ``def'' that underscores the artificiality of the rest of the text. Lewin, who teamed with Vozar on Yo, Hungry Wolf! (1993), scores with some breezy pictures. It's nice to see barnyard animals hanging out of row house windows. But readers who don't like rap won't be won over by this misbegotten effort, and those who do will know better. (Picture book. 4-7)