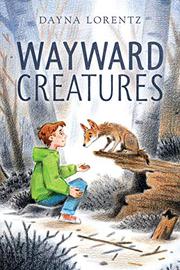 Gabe Meyer is miserable. His parents, struggling with financial problems, ignore him; his older sister treats him like a pest; and his two best friends have begun to spend time with another, cooler guy. Trying to impress his friends, Gabe steals some fireworks and brings them to the park where the boys are hanging out. When they inadvertently set fire to the dry grass, the others run off while Gabe futilely tries to put out the fire—and is discovered and arrested. At a community justice meeting for people impacted by the fire, where Gabe is assigned community service and restitution, he begins to understand how his thoughtless actions have affected others, A parallel storyline, told in alternate chapters, is narrated by Rill, a young coyote who, like Gabe, is struggling with her place in the world. She is burned by the fire, after which she hides out in a small cave, where Gabe discovers and tries to help her. This riveting, many-layered story shines on all levels. Gabe’s first-person narration brilliantly (and with humor) captures the tone of an angry, confused tween without being over-the-top, and his metamorphosis from powerless to empowered is both realistic and compelling. The coyote’s story adds depth and poignancy. Gabe is Jewish and, along with other major characters, defaults to White.

As a story about community, healing, and family—both human and animal—this is one of the best.