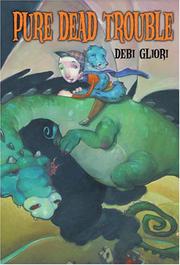 A powerful demon, a psychopath turned Eco-Warrior and, almost worst of all, a seemingly archetypal pair of American tourists join the cast for this fourth outing with the tumultuous Strega-Borgia clan. Returning from Italy to find their butler Latch in an amnesiac daze, the Strega-Borgias hire a temp named Zander, who seems to be a New Age hippie but is really a murderous explosives expert out to shut down gruesome genetic experiments being clandestinely conducted at nearby SapienTech. There’s worse trouble afoot, though, as Isagoth, Head of Hell’s own Defense Ministry, is zeroing in on the Chronostone, a uniquely dangerous magical token that his boss, S’tan, really, really wants. Some of the set pieces take a bit too long to play out and the actual fate of hyper-competent nanny and retired witch Mrs. McLachlan remains obscure after she takes on the demon. But Gliori stirs in such a delicious assortment of crises domestic and supernatural, of magical creatures both comic and frightening (sometimes in turn), of slapstick, preposterous twists, hair-raising brushes with death, close encounters with gooey slime of several varieties, massive messes and explosions—all ramping up to a violent, helter-skelter climax—that it’s all still pure, dead entertaining. (Fantasy. 11-13)