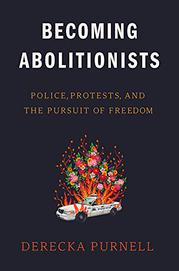 Police, Protests, and the Pursuit of Freedom

How radically reimagining policing might benefit not only Black communities, but the broader social order.

In this sociological treatise and intellectual autobiography, Purnell, a human rights lawyer and organizer, argues convincingly that police departments and prisons are irredeemably implicated in racist ideologies and the perpetuation of violence despite long-standing efforts at reform. These institutions, she writes, “don’t solve harm, they simply react to it, arbitrarily, disproportionately, incoherently,” and therefore ought to be dismantled and replaced by alternatives that promote social justice. Purnell offers persuasive accounts of how racial biases produce “daily injustice” not just in policing and the courts, but in housing, labor, and education, and she links systemic discrimination in the present day, as well as specific instances of police violence against African Americans, to the legacy of slavery and colonialism. She also skillfully relates strategies employed by contemporary reform movements to “a history of freedom and resistance,” and this long-term view contextualizes her own conclusions about the need for a thorough reimagination of what might properly constitute law and order. One of the strengths of the book is the author’s illuminating reflections on her own experiences with the failures of policing, her tactics as a civil rights lawyer, and her philosophical evolution as an activist. Another is Purnell’s deft framing of the search for solutions to violence and various forms of exploitation as part of larger—in fact, global—attempts to advance “decolonization, disability justice, Earth justice, and socialism.” Ultimately, she writes, “rather than thinking of abolition as just getting rid of police, I think about it as a way to create and support a multitude of approaches to the problem of harm in society, and, most excitingly, as an opportunity to reduce and eliminate harm in the first place.”

An informed, provocative, astute consideration of salvific alternatives to contemporary policing and imprisonment.