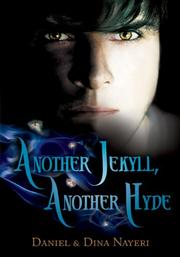 ANOTHER JEKYLL, ANOTHER HYDE

From the Another… series, volume 3

One of the Marlowe students finds his internal conflicts becoming all-too external, Jekyll-and-Hyde style, in the conclusion to the Another… series.

Following his sudden break-up with Belle Faust in Another Faust (2009), Thomas Goodman-Brown hasn't been the same. Everyone thinks him constantly intoxicated (without justification; it's only occasional), but really he's reeling from the after-effects of the magic the Faust children used on him. A combination of his presumed guilt and the strain of his father's marriage to the missing Belle's governess Nicola Vileroy leads to Thomas' acceptance of a mystery drug at a club. Soon, Thomas is blacking out, students are being attacked and Vileroy drops a bombshell: There's a new stepbrother for Thomas, apart from her adopted Faust children. With help from briefly returning Another Faust and Another Pan (2010) characters, Thomas slowly pieces together how his troubles tie into Vileroy's motives. The prose is peppered with delightfully witty one-liners—the humor goes a long way toward keeping Thomas likable. The narration mostly follows Thomas, creating a focus that both enables his believable disorientation from the drug and allows his personal risks to elevate the story's tension. The preludes at chapter beginnings complete the story of who and what Vileroy is, building upon each other until questions raised by the previous novels have been answered.

A high-stakes conclusion that satisfies.