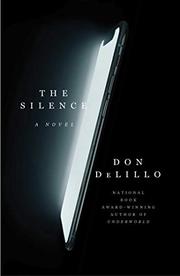 “Life can get so interesting,” DeLillo writes, “that we forget to be afraid.”

It’s a typically loaded statement from an author who has spent the last half-century navigating the border between fascination and fear. His 17th novel unfolds in such a middle ground. Beginning on a trans-Atlantic jetliner from Paris to Newark that loses power due to a global surge or disruption, it is a small book, precise in its calibration, about what happens when the world we've constructed, with all its technological interventions, goes dark. “Cyberattacks, digital intrusions, biological aggressions,” DeLillo writes. “Anthrax, smallpox, pathogens. The dead and disabled. Starvation, plague and what else?” He may as well be describing the world outside the pages of his book. That’s a tricky point to make because fiction needs to succeed or fail on its own terms, but DeLillo has always had his finger on a more collective pulse. In Players (1977) and Mao II (1991), he explored the aesthetic possibilities of terror; in Underworld (1997), he reimagined history through an individual, as well as a collective, lens. This book doesn’t have that sort of scope or ambition; at just over 100 pages, it's more novella than full-length work. Still, in its account of five characters—Jim and Tessa, who survive the jetliner’s crash landing; Max and Diane, their hosts in New York; and Martin, a former student of Diane’s—this brief, disturbing story gets the sudden breakdown of society exactly right. The date is Super Bowl Sunday 2022, but when the grid goes down, the game is rendered moot. In its place, DeLillo investigates the disconnect between characters who claim to care for one another until disaster hits. The writing is spare and almost playlike, especially in the second section, which concludes with a series of monologues.

This is a small but vivid book, and in its evocation of people in the throes of social crisis, it feels deeply resonant.