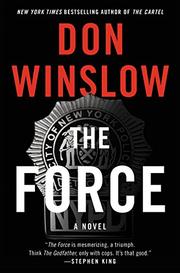 After The Cartel (2015), Winslow follows the drug trade onto the streets. The Manhattan North Special Task Force is a lightly supervised assemblage of “the smartest, the toughest, the quickest, the bravest, the best, the baddest” cops in the NYPD, and Denny Malone commands a happily representative task force squad: his boyhood pal Phil Russo; big, black Bill Montague, who dresses like an Ivy League professor; and Billy O’Neill, the youngest. The book opens with Malone in a federal lockup—how he got there unfolds in breakneck flashbacks told in the cadences and vocabulary of a cop’s speech. The pivotal, but by no means the first, of his many indiscretions is skimming $4 million and 20 kilos of heroin from the scene of a major bust. He also executes the kingpin, and in the raid, Billy is killed. The narrative picks up five months later, and the legal and extralegal exploits of the task force are detailed. The reader is asked to admire the effectiveness of their policing while condemning their methods—Joseph Wambaugh did it better. Malone’s brother, Liam, a firefighter, was killed on 9/11, and that horrific disaster for first responders forms a grim attitudinal backdrop to their days. Malone and the boys are dirty cops: they take and deliver payoffs, ignore the demands of the Black Lives Matter movement, and administer crude vigilante justice. Drugs are gotten off the street, though some may go up their noses or into their lungs. Eventually Malone is trapped, caught on tape offering to broker a payoff to an assistant district attorney. He cuts a deal to name lawyers but not cops, but corrupt prosecutors and deceitful administrators confound him. His alternatives shrink; more deals are made and abrogated. Are Malone’s crimes an inescapable consequence of his working conditions? Must the police break the law to keep the peace?

By turns grim and giddy, this is a good read in the service of dark cops.