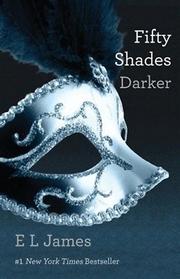 Anastasia Steele and Christian Grey move into a deeper, more committed relationship, impacting her fledgling publishing career and placing them both in physical and emotional danger.

Following the wildly popular Fifty Shades of Grey (2011), Ana and Christian reconcile after their breakup.  Their intense attraction and growing emotional attachment offers the reader a lot of passionate lovemaking scenes, as well as a couple of “beyond vanilla” sexual interactions. As Christian works on overcoming his dark sexual past while placing faith and emotional stock in his relationship with Ana, it affects past relationships, for better and worse. Old lovers come out of the woodwork, threatening their happiness and their physical well-being. Conversely, Christian’s connection to his family is strengthened through Ana’s gentle, supportive influence. Meanwhile, Ana has started as the assistant to an editor at a small Seattle publishing company, setting up a string of professional hazards and triumphs that ultimately lead her to a promotion, but also set up a dangerous situation for Ana and Christian that will act as the segue into the third book in the series. Fifty Shades Darker continues the saga of Ana and Christian, the zeitgeist erotic romance that’s hit a chord with women everywhere, with the same universally appealing themes and the same writing weaknesses.

A fun summer read—not the best thing you’ve ever read, not the worst, but not to be taken too seriously.