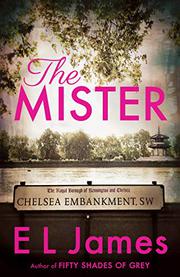 A feckless Englishman who’s just inherited wealth and a title finds purpose when he falls for his enigmatic cleaning lady, an Albanian refugee with a vast well of secrets.

Maxim Trevelyan has just lost his beloved older brother, Kit, and inherited his title as Earl of Trevethick. He also discovers his old house cleaner has left and been replaced by Alessia, a beautiful young woman from Albania who has little beyond the clothes on her back yet plays the piano like a superstar. She’s reticent and modest and came to England to escape the brutal man her father wanted her to marry only to fall into the hands of sex traffickers. She’s managed to find a job and shelter with her mother’s friend, but when she’s threatened, it’s clear that Max has suddenly developed a heightened sense of protectiveness. He’s falling in love with her. How could he not? She’s beautiful, talented, and courageous, having survived these horrors. But when one evil man after another tracks her down, Max will use every property and penny at his disposal, even go to the ends of the Earth—or at least across Europe—to save her. James offers her first book outside the staggeringly successful Fifty Shades of Grey (2012) world, and the story can be compelling, in a "Cinderella" meets Perils of Pauline kind of way. We root for Alessia to be saved by the rich, handsome Max, who suddenly cares about all the things he’s intentionally ignored his whole life, yet we also ask ourselves why a woman who escaped sex traffickers at a gas station can’t be smarter when she’s hiding from them in a mansion or when she’s being dragged back to her hometown by the man she fled from in the first place. It’s also worth noting in light of James' earlier books that while sex is an important theme—mainly Alessia’s sexual awakening and the threat of sexual violence—there's only the slightest hint of BDSM, when Max hooks up with a one-night stand early in the book, which highlights Alessia’s innocence.

A modern fairy tale that moves apace but is burdened by uneven writing and characters who continually do things that seem out of character.