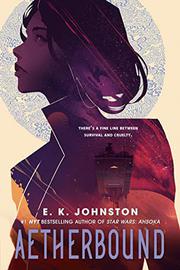 In an oppressive science fiction world, a young woman discovers the meaning of family and autonomy.

The Stavenger Empire has the galaxy in a stronghold, forcing its citizens into tyrannical relationships that prioritize specific lineages and skill sets while dampening rebellion. Pendt Harland lives on a merchant ship tied to her family line: Only Harlands can control the ship, and further, only those with specific abilities. Pendt, having gene-sense (the power to magically sense and alter aspects of organic matter), is considered useless in her family’s strict hierarchy and so faces abuse and neglect until she comes of age and can be sent away to earn her keep outside the Family. When an opportunity to escape presents itself, Pendt leaves everything behind to start anew on a bustling space station. There, she meets twins Fisher and Ned, earnest boys also trapped in the churning machinery of the empire. Together, they might just find a way to loosen the holds that the society has on them all. With an emphasis on valuing chosen family, securing bodily autonomy, and challenging authoritarianism, this intimate, character-driven yarn brings stunning revelations in every chapter. With each mystery that reveals itself, the worldbuilding grows stronger, enveloping readers in a grounded universe that feels nearly tangible. A major character is trans; main characters are coded as White.