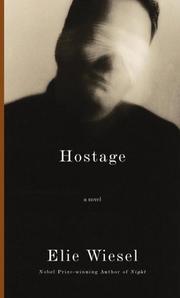 Wiesel takes us on a journey through dream, memory and especially storytelling in his latest novel, which concerns Shaltiel Feigenberg, who in 1975, is captured and imprisoned for 80 hours in a basement by two captors.

Feigenberg is politically unimportant and practically unknown before his capture, but soon thereafter he becomes front-page news, though his plight is reported in wildly different ways by the world press. His captors represent divergent political realities. One, Luigi, is an Italian political revolutionary with no particular animus against Jews, while the second, Ahmed, is a passionate advocate for Palestine with an intense hatred for the “Zionist cause.” Perhaps predictably, a “bad cop–good cop” dynamic develops as they tend to Feigenberg, Luigi gradually freeing him from restraints while Ahmed rails with fanatic fervor against all that Feigenberg represents to him. Luigi and Ahmed are motivated by “humanitarian” concerns—they demand that three Palestinian prisoners be freed in exchange for Feigenberg’s freedom—rather than materialistic ones. Feigenberg is mystified by his captivity, for he’s simply a professional storyteller with a special fondness for spinning his tales to children and the elderly. This forced period of darkness ironically provides him with an extended period of enlightenment, as he has time to reflect on his life—the death of his grandmother at Auschwitz, his frequently absent but observant father, his initial meeting with Blanca (the woman who eventually becomes his wife), and the growing Communist sympathies of his older brother. He begins to frame the narrative of his life in much the same way he frames the stories he makes up to entertain others. Even the Israeli government—a government that notoriously does not negotiate with terrorists—gets involved in trying to track down the elusive captive.

Nobel Peace Prize winner Wiesel continues to remind us of the brilliant possibilities of the philosophical and political novel.