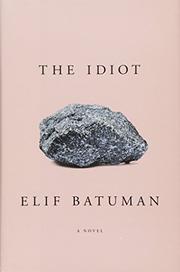 A sweetly caustic first novel from a writer whose work has appeared in the New Yorker, the Paris Review, and n+1.

It’s fall 1995, and Selin is just starting her first year at Harvard. One of the first things she learns upon arriving at her new school is that she has an email account. Her address contains her last name, “Karada?, but all lowercase, and without the Turkish ?, which was silent.” When presented with an Ethernet cable, she asks “What do we do with this, hang ourselves?” All of this occurs on the first page of Batuman’s (The Possessed: Adventures With Russian Books and the People Who Read Them, 2011) debut novel, and it tells us just about everything we need to know about the author’s thematic concerns and style. Selin’s closest friends at Harvard are Ralph, a ridiculously handsome young man with a Kennedy fetish, and Svetlana, a Serbian from Connecticut. Selin’s first romantic entanglement—which begins via electronic mail—is with Ivan, a Hungarian mathematician she meets in Russian class. Selin studies linguistics and literature, teaches ESL, and spends a lot of time thinking about what language—and languages—can and cannot do. This isn’t just bloodless philosophizing, though. Selin is, among other things, a young woman trying to figure out the same things young people are always trying to figure out. And, as it happens, Selin is delightful company. She’s smart enough to know the ways in which she is dumb, and her off-kilter relationship to the world around her is revelatory and, often, mordantly hilarious. For example, this is how she describes a particular linguistics class: “we learned about people who had lost the ability to combine morphemes, after having their brains perforated by iron poles. Apparently there were several such people, who got iron poles stuck in their heads and lived to tell the tale—albeit without morphemes.” Some readers may get impatient with the slow pace of the narrative, which feels more like a collection of connected microfictions than a traditional novel, but readers who are willing to travel with Selin at her own contemplative pace will be grateful that they did.