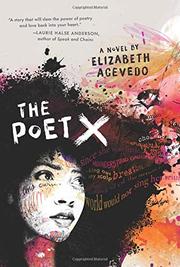 Fifteen-year old Xiomara (“See-oh-MAH-ruh,” as she constantly instructs teachers on the first day of school) is used to standing out: she’s tall with “a little too much body for a young girl.” Street harassed by both boys and grown men and just plain harassed by girls, she copes with her fists. In this novel in verse, Acevedo examines the toxicity of the “strong black woman” trope, highlighting the ways Xiomara’s seeming unbreakability doesn’t allow space for her humanity. The only place Xiomara feels like herself and heard is in her poetry—and later with her love interest, Aman (a Trinidadian immigrant who, refreshingly, is a couple inches shorter than her). At church and at home, she’s stifled by her intensely Catholic mother’s rules and fear of sexuality. Her present-but-absent father and even her brother, Twin (yes, her actual twin), are both emotionally unavailable. Though she finds support in a dedicated teacher, in Aman, and in a poetry club and spoken-word competition, it’s Xiomara herself who finally gathers the resources she needs to solve her problems. The happy ending is not a neat one, making it both realistic and satisfying. Themes as diverse as growing up first-generation American, Latinx culture, sizeism, music, burgeoning sexuality, and the power of the written and spoken word are all explored with nuance.

Poignant and real, beautiful and intense, this story of a girl struggling to define herself is as powerful as Xiomara’s name: “one who is ready for war.” (Verse fiction. 14-18)