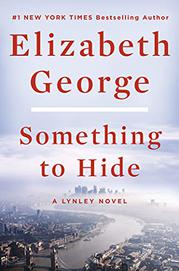 George delivers a fresh installment in her Lynley/Havers procedural series, this one more politically charged than most.

“Dominique’s white and she thinks white, which is to say most of the time she doesn’t think at all because she doesn’t have to think. She never thought we might be better off if we hired someone without marshmallow skin, no offence.” So says an embittered mixed-race filmmaker who’s been paired, much to her disgust, with a White photographer to document life in the Black African and Black British neighborhoods of London. There’s a hidden undercurrent to the story, which speaks to George’s title: Especially among the Nigerian community, female genital mutilation is widely practiced in order to transform young girls “into vessels of chastity and purity for men.” A young Nigerian Briton named Tanimola Bankole is being packed off by his bigamous, bullying father to marry such a “suitable” bride in the homeland; other characters have undergone or are slated to undergo the procedure, carried out in illegal butcher shops in the mews and back alleys of Peckham, Lewisham, and thereabouts. DS Havers is on the case, following the trail of victims with the help of a White reconstructive surgeon and advocate. So is DCS Lynley, flummoxed by the fact that one of his detectives has been murdered after she set to work on the FGM beat—and that a senior officer in the Metropolitan Police seems somehow to be involved in her killing. George’s story is too long by a couple of hundred pages, with strands that go pretty much nowhere (that of the photographer being one). Still, for all the cultural sensitivities involved in the premise, she handles the details thoughtfully. Was it a basement butcher who killed the inspector? A senior officer? A disgruntled sibling? Mystery buffs will be pleased that, having followed a winding path strewn with red herrings, they won’t be likely to guess at the murderer’s identity until the very last pages.

A skillfully spun yarn of murder and mayhem, if one that sometimes plods.