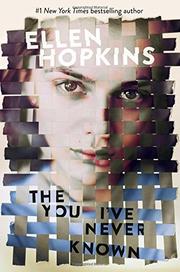 THE YOU I'VE NEVER KNOWN

One teen yearns for roots while another will do anything for a fresh start.

Seventeen-year-old white Ariel has been in Sonora, California, for 15 months, and she’s soaking up the stability. Her whole life, she’s moved quickly from town to town as alcoholic Dad flits from woman to woman, claiming he was born “infected / with wanderlust.” He abuses and gaslights her. He has a “greedy grasp” and would never allow Ariel to date a boy, let alone allow her—his white daughter—to date her best friend, Monica, a Mexican-American lesbian. Dad’s racist, and to him, “queer equals vile” because Ariel’s mother left them for a woman when Ariel was 2 and hasn’t been heard from since. Yet Ariel’s falling for both Monica and a boy named Gabe. In another thread, 17-year-old Maya, also white, plans to prevent her abusive mother from trapping her in Scientology’s paramilitary training arm by getting pregnant by a 27-year-old man she meets in a bar so he’ll marry her. Ariel’s sections are free verse (Hopkins’ specialty), their fragmentation symbolizing and mirroring the fragmentation in Ariel’s history. Maya’s sections are prose; the prose itself flows capably, but the variation from Hopkins’ signature format doesn’t contribute anything particular. Faraway characters in Hopkins books often come together, but Maya and Ariel’s connection is among Hopkins’ best.

A page-turning exploration of independence, powerlessness, and secrets, with groundbreaking representation of bisexuality and queerness.