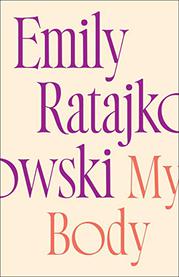 The international model embarks on a nuanced investigation of her body and identity.

Ratajkowski’s exploration of fame, self-identity, and what it means to be a “beautiful” woman is surprisingly engaging. Originally thrust into the spotlight in 2013 due to her scantily clad appearance in the music video for Robin Thicke’s “Blurred Lines,” the author eventually became known for her stances about beauty and sexuality and how they are commodified. Now that she is a wife and mother, she writes, “I feel a tenderness toward my younger self. My defensiveness and defiance are palpable to me now. What I wrote and preached then reflected what I believed at the time, but it missed a much more complicated picture. In many ways, I have been undeniably rewarded by capitalizing on my sexuality….But in other, less overt ways, I’ve felt objectified and limited by my position in the world as a so-called sex symbol.” This short book includes the juicy tidbits that avid celebrity-memoir readers seek, and the author shares how she really felt about the video shoot and how the aftermath affected her. Beyond that, the book is a reflective coming-of-age-in-the-industry tale, a story that is never maudlin but contains a few thick, murky sections. Ratajkowski attempts to break down the construction of her identity and sexuality in relation to the ever present male gaze as well as her relationships with the women in her life. The charm of this book lies in the author’s largely relatable writing, which shows the complex emotions and confusion of a young woman experiencing her sexual development and maturation into a capable adult. Admitting that the “purpose of the book is not to arrive at answers, but honestly to explore ideas I can’t help but return to,” Ratajkowski grapples directly with a host of thorny issues.

A refreshingly candid, fearless look into a model’s body of work and its impact on her identity and politics.