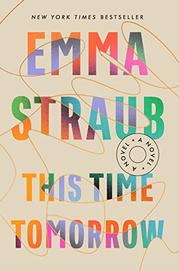 A woman who's been drifting through life wakes up the morning after her 40th birthday to discover that she's just turned 16 again.

Alice Stern wouldn't say she's unhappy. She lives in a studio apartment in Brooklyn; has a job in the admissions office of the Upper West Side private school she attended as a kid; still hangs out with Sam, her childhood best friend; and has a great relationship with her father, Leonard, the famous author of a time-travel novel, Time Brothers. Alice's mother left her and Leonard when Alice was a kid, and father and daughter formed a tight, loving unit along with their freakishly long-lived cat, Ursula. But now Leonard is in a coma, and as she visits him in the hospital every day, Alice is forced to reckon with her life. After a drunken birthday evening with Sam, Alice returns to her childhood house on Pomander Walk, a one-block-long gated street running between two avenues on the UWS—but when she wakes up the next morning, she hears Leonard in the kitchen and finds herself heading off to SAT tutoring and preparing for her 16th birthday party that night. Straub's novel has echoes of Thornton Wilder's play Our Town: Every prosaic detail of her earlier life is almost unbearably poignant to Alice, and the chance to spend time with her father is priceless. As she moves through her day, she tries to figure out how to get back to her life as a 40-year-old and whether there's anything she can do in the past to improve her future—and save her father's life. As always, Straub creates characters who feel fully alive, exploring the subtleties of their thoughts, feelings, and relationships. It's hard to say more without giving away the delightful surprises of the book's second half, but be assured that Straub's time-travel shenanigans are up there with Kate Atkinson's Life After Life and the TV show Russian Doll.

Combine Straub's usual warmth and insight with the fun of time travel and you have a winner.