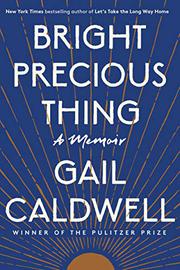 A glistening reflection on how the women’s movement profoundly influenced the Pulitzer Prize winner’s life.

Raised in the Texas Panhandle, “a stronghold of Protestant churches and Republican politics,” Caldwell knows her life could’ve easily played out differently. She began college at Texas Tech in 1968, just as the first wave of feminism caught fire. Then she transferred to the University of Texas, located in Austin, deemed the “the den of iniquity” by her mother. It was there, in that “countercultural hotbed,” that she attended her first women’s liberation rally. Though Caldwell was clearly never wired for Stepford life, she superbly demonstrates how the women’s movement was a beacon that led her to fully embrace her equality and autonomy. Not that these things were easily won. She suffered sexual harassment and assault as well as rape, and she had an illegal abortion in Mexico when she was 19. She confronted frequent sexism in academia and battled alcoholism (the latter features prominently in Caldwell’s bestselling memoir, Let’s Take the Long Way Home). Jumping from her childhood and young adulthood in Texas to her present life in Massachusetts, the author revisits a variety of seasons and scenarios, but the presence of feminism is always evident. “The women’s movement gave me a reclamation of self I had found nowhere else,” she writes, “and I don’t like imagining my life without it.” Caldwell pays tribute to some of the men in her life, including her father, her therapist, and her longtime AA buddies, and her love of dogs is also readily apparent. One of the unexpected driving forces of the narrative is an ambrosial, 5-year-old girl named Tyler, a neighbor who seems to effortlessly embody the feminist ideals the author has spent decades cultivating.

Caldwell’s fourth memoir sings. It’s a song for the ages, but it sounds especially resonant in the #MeToo era.