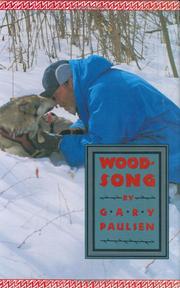 A three-time Newbery Honor winner tells—in a memoir that is even more immediate and compelling than his novels—about his intimate relationship with Minnesota's north woods and the dog team he trained for Alaska's Iditarod.

Beginning with a violent natural incident (a doe killed by wolves) that spurred his own conversion from hunter and trapper to observing habitant of the forest, Paulsen draws a vivid picture of his wilderness life—where bears routinely help themselves to his dog's food and where his fiercely protective bantam adopts a nestful of quail chicks and then terrorizes the household for an entire summer. The incidents he recounts are marvelous. Built of concrete detail, often with a subtext of irony or mystery, they unite in a modest but telling self-portrait of a man who has learned by opening himself to nature—not to idyllic, sentimental nature, but to the harsh, bloody, life-giving real thing. Like nature, the dogs are uncontrollable: independent, wildly individual, yet loyal and dedicated to their task. It takes extraordinary flexibility, courage, and generosity to accept their difficult strengths and make them a team: Paulsen sees humor in their mischief and has learned (almost at the cost of his life) that rigid discipline is irrelevant, even dangerous. This wonderful book concludes with a mesmerizing, day-by-day account of Paulsen's first Iditarod—a thrilling, dangerous journey he was so reluctant to end that he almost turned back within sight of his goal. lt's almost as hard to come to the end of his journal.

This may be Paulsen's best book yet: it should delight and enthrall almost any reader.