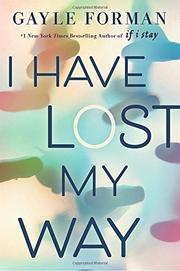 I HAVE LOST MY WAY

A trio of struggling teens meets by chance in Central Park and becomes everything to one another.

Freya, a rising half-Ethiopian, half-white and Jewish musical sensation, has lost her voice—the one thing that her handlers demand, that her sister resents, and that her fans will abandon her without. Harun, the dutiful closeted son of a traditional Pakistani-American family, has lost James—a black boy who is the love of his life and the secret part of himself he cannot bear to reveal. Nathaniel, a white boy bowed under the weight of responsibility, has lost his father—his only anchor to the rest of the world. As each one is preoccupied with the belief that they have no way forward, the teens’ lives suddenly collide when Freya topples off a Central Park bridge, landing on and concussing Nathaniel. Harun helps them both to an emergency clinic, and their lives are forever changed. Loss is unquestionably the theme here, but Forman deploys a complexity that is mirrored in the narrative structure and borders on the fractal as loss compounds loss. The intersections of love, family, and identity—and how loss impacts them all—lay the groundwork for the breathtaking empathy and friendship that takes root among these three seemingly dissimilar teens within hours of meeting each other.

Stunning doesn’t even begin to say it.