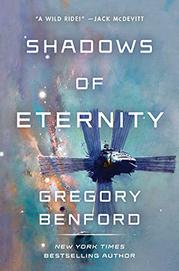 To save humanity from extinction and obscurity, Rachel Cohen, a trainee at the moon-based SETI Library, interprets alien messages sent across galaxies and eons.

The SETI Librarians are the gatekeepers and curators of data alien cultures have set adrift in space, often millions of years ago, in hopes other intelligent life would find them. Some of these messages are Artificials—sentient AIs who must be convinced to share their vast knowledge. Rachel is particularly good at the task, which requires full-body immersion in pods that allow the Artificials to share their data using all available human sensory inputs. Working on her first Message, Rachel is raped by the AI in exchange for important information, which doesn’t seem to bother anyone but her, and that only slightly. After this great success, she moves on to other Messages, and her body and mind are once again used against her will. Eventually she finds herself ambassador to an alien race, but this time the aliens have come in person—and they’re asking for Rachel. If she plays her part, humanity may unlock the key to interstellar travel. The engaging premise is obscured for the first half of the book by pandering and outdated stereotypes. It reads like the author decided to throw in some concepts like feminism and gender fluidity without ever speaking to actual women or queer people, who don’t use the words yeastyand moistnearly as often as he seems to think they do. With women constantly thinking about their menstrual cycles and nongendered people referred to as “it,” the early part of this disjointed book is one yeasty, moist, hot mess. The second half gets considerably better after the aliens arrive and Rachel gets to make more of her own decisions, but she is still often along for the ride rather than influencing events. If she took more agency, perhaps Benford could be forgiven for the first half of the book, but the way he uses rape as a plot point, dissects the physical and intellectual prowess of Rachel’s Jewish ancestors, and consistently dehumanizes or vilifies anyone who doesn’t conform to gender stereotypes doesn’t leave much room for later graciousness. Benford may have been trying to twist this SETI tale into a story that includes themes of gender and consent, but he didn’t do it justice.

The underlying premise is fascinating but not worth the initial eye-rolling slog.