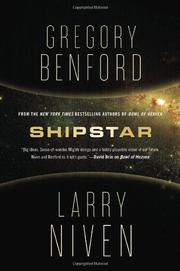 The promised sequel to Bowl of Heaven (2012), in which a starship containing would-be colonists encounters a vast bowl-shaped construct that’s being steered toward the same destination, using an entire star as its engine.

Once the humans begin to explore the artifact, they learn that it’s been wandering the galaxy for millions of years, capturing and enslaving other intelligent species and incorporating them into its complex ecology. Since the starship needs supplies, a landing party investigates and becomes separated when the Bowl’s nominal rulers, the bulky, birdlike Folk, attempt to capture them. One group under biologist Beth Marble, assisted by creatures called finger snakes, manages to escape back to the starship; a second group, led by Cliff Kammash, teams up with the alien Sil—yet another species that chafes under the Folk’s arrogant and inflexible governance. Back on the starship, Capt. Redwing attempts to communicate with the Folk and with Cliff, learning of still more powerful aliens whose ambition is to communicate with the advanced intelligences inhabiting the planet that is the Bowl’s, and the starship’s, ultimate destination. Putting less emphasis on the Bowl object itself, the authors make an effort to develop their characters, with notably more success where the aliens are concerned—technical discussions still tend to clog the human interactions. And there are lots of revelations concerning the Bowl’s origins and purpose, even if much of it is reportage with little mystery or tension. The upshot is often impressive—not too surprisingly, given the authors’ stellar credentials—yet only occasionally engaging.

With the welcome influx of new ideas, a definite improvement on Volume 1.