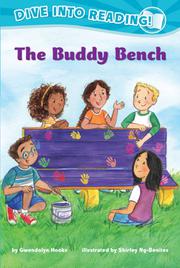 From the Confetti Kids series

When Padma and her friends notice a lonely new boy at school, they make a plan to help him feel included.

Padma loves school, and she loves her friends. When she finds out that she has been assigned to a different classroom than her friends, she isn’t bothered, seeing it instead it as an opportunity to make new friends. But Padma notices a new boy who stands by himself at the side of the playground, looking lonely. To help him feel included, Padma and her friends get the principal’s permission to create a "buddy bench," a place where kids can sit together and make new friends. After some initial hesitation, the lonely boy sits on the bench, and Padma and her friends learn that Zander’s mom is a military pilot and that the family has been through a number of moves. Padma strikes up a friendship with him, and by the end of the book, he has been absorbed into Padma’s happy and diverse peer group. Padma’s name hints at Indian heritage, and Zander appears black. The book’s vibrant illustrations include a diverse cast of characters who are compassionate, convincing, and empowered to solve their own problems. Although the language is appropriately simple and clear, it can sometimes feel forced and stilted, particularly in dialogue. Likewise, the plot, though well-intentioned, lacks cohesion.

An appealingly illustrated early reader that’s strong on social message but rather weak on plot.