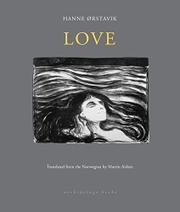 Prizewinning Norwegian Ørstavik (The Blue Room, 2014, etc.) follows the parallel courses of a single mother and her 8-year-old son during a night that moves unrelentingly toward tragedy.

Vibeke and her son, Jon, have recently relocated to a small town in northern Norway. Vibeke's mind is on a brown-eyed engineer at her new job. Jon is hoping for a train set for his birthday the next day and looking forward to the cake he imagines his mother making. A thoughtful boy, he has a way of blinking that annoys her and is concerned about torture victims around the world. "Dearest Jon," his mother calls him at dinner, but to herself she thinks, "Can't you just go...find something to do, play or something?" She remembers a dream that began at a glamorous party where a man admired her but ended in the "stench of urine," in "a wasteground of asphalt and ice." While she showers, Jon goes out into the wintry night to sell raffle tickets for the local sports center. He makes a friend and, dozing at her house later, also dreams: he and his mother return to their previous home and find it vandalized, his father at the table eating all their food and telling "sad stories about his life." A nightmarish sense of impending doom hangs over these carefully detailed, tightly controlled pages. Vibeke, thinking her son asleep in his room, also goes out. She has forgotten all about his birthday and goes bar hopping with a traveling carnival worker she meets. Her story and Jon's are told breathlessly close together, without page breaks, almost overlapping. When Jon returns from town, the house is locked, the car gone. It is at this point after 11 p.m.. Not once has it occurred to Vibeke to put her child to bed or even say good night to him. (Though this is clearly essential to the plot, it perhaps strains credulity.) She must have needed something for his birthday cake, he tells himself, and accepts a ride from a stranger in order to stay warm. "Aren't boys your age supposed to be in bed by now?" the driver asks. But it isn't creepy locals who pose the greatest threat or torture victims Jon should be worrying about.