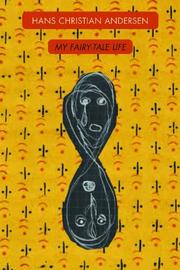 A new translation of the midcareer memoir by the writer who wrote “The Little Mermaid,” “The Ugly Duckling” and myriads of other fictional and dramatic writings lesser-known outside his native Denmark.

First published in 1855, Andersen’s, unsurprisingly, is more an old-fashioned autobiography than a contemporary memoir. Concerned principally with the exteriors of his life—his financial struggles in boyhood and young manhood, his slow acceptance in the world of Danish letters, his later international celebrity, his extensive travels—the volume says virtually nothing explicit about his love life (though his passion for singer Jenny Lind, the “Swedish Nightingale,” is patent; she didn’t reciprocate, referring to him as her “brother”), his professional work habits or nearly anything emotional. A big exception: his relationship with critics, professional ones and otherwise. Repeatedly, Andersen agonizes about unkind reviews of and negative comments about his work (he quotes at length from some of them)—especially in Denmark, where acceptance came much more slowly than it did in Germany, England and elsewhere. Compensating for this are endless pages of paeans from those who did appreciate his work—from commoners to kings. He quotes lines from flattering letters, reproduces poems others wrote in his honor, and never tires of discussing the high-society parties he attended (many to honor him, of course) and the celebrities who cherished him. Among those were Heinrich Heine, Victor Hugo, Charles Dickens, Franz Liszt, the brothers Grimm and Honoré de Balzac. (His descriptions of Dickens border on the erotic.) Andersen also continually credits God for the good things in his life. The early parts of his account—about penury and struggle and determination and autodidacticism—are far more interesting than the rest, and there is also a dazzling description of his ascent of Vesuvius as it belched flame.

Dickensian in boyhood, Gatsby-esque later on, self-congratulatory throughout.