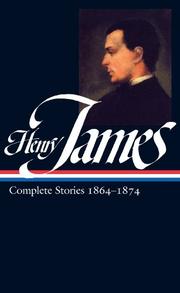 As recently as a hundred years ago, in a more assured age than this, the enduring importance of a literary career could be measured by whether an edition of an author’s collected works was issued.  Bound in calfskin for the wealthy bibliophile, in a more modest cloth of some subdued hue for the less well-to-do, these sets made several statements about an age.  They suggested that readers could most appreciate writers by knowing the entirety of their work and not simply one or two particularly flashy efforts.  And those ranks of volumes, filling the shelves of home libraries, further showed that it was possible for individuals to possess much of the best work by the best minds.

Who nowadays would be so audacious as to assert such a possibility?  The persistent literary and academic battles raging among various mutually uncomprehending camps would make consensus on most living authors almost unimaginable.  And how many writers would be comfortable issuing a set of their complete writings?  In a time when authors are only as memorable as their last book, when novelty is king, and when time for reading itself is forever under siege, the leisurely delight implied by collected works seems curious and antique.

Such thoughts are raised by one great exception to this way of our world:  The Library of America.  Quietly, without contention or confusion, The Library has been issuing authoritative editions of the work of America’s most influential 18th-, 19th-, and 20th-century writers in compact, crisply designed volumes at affordable prices.  So swiftly (there are now 108 in print) and with so little controversy in an era notable for wrangling has this been accomplished that it’s shocking to realize that so important a historical and cultural resource as The Library of America has been in existence for only two decades.  Again this fall, the eclectic nature of the project is evident in its editors’ offerings, which include the lucid, rather urgent political essays and speeches of James Madison, the surprisingly graceful natural-history writings of John James Audubon, the five influential crime novels of Dashiell Hammett, and a further volume of the stories of Henry James.  The Library’s editions are valuable in their own right, providing the finest versions of work that has shaped the national imagination.  They’re valuable also, however, as a corrective to the hectic spirit of our age, and as a pointed reminder that what a writer does over a lifetime – not within the confines of one or two bestsellers – is what matters most.