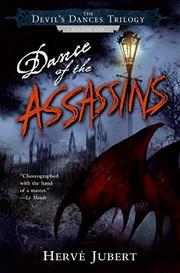 DANCE OF THE ASSASSINS

This grandiose futuristic fantasy has clever concepts but falls prey to vague metaphysics and muddled prose. London, Paris and Venice are no longer real cities but historical stage sets created for tourism; they change sets every few days. In London, Jack the Ripper suddenly reappears and commits real murder. Middle-aged sorcerer Roberta, an appealingly offbeat adult protagonist, is paired with a younger man named Martineau to solve the mystery. Historical poisoner La Voisin appears next, in Paris. A corrupt and immortal politician and the Devil himself turn out to be involved. Can evil be defeated through legal wrangling? The Devil may be the lesser of two evils in this struggle between reincarnated killers and the Prince of Deceivers. Touches of cleverness and humor pop up fairly often, but not often enough to make this a farce. Lavish but confusing descriptions (from metaphysical to spatial) prevent it from approaching solidity. Unwieldy. (Fantasy. YA)