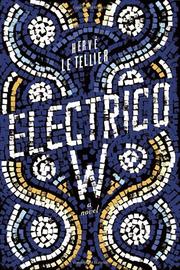 A French journalist and a Portuguese photographer find they have some uncomfortable things in common in this latest from Le Tellier (Enough About Love, 2011, etc.).

Narrator Vincent Balmer has relocated to Lisbon to escape from his fruitless love for flirtatious, withholding Irene. When he agrees to cover the trial of serial killer Ricardo Pinheiro with photographer Antonio Flores, he doesn’t know that Antonio is having an affair with Irene. When he finds out, he determines to get his revenge by tracking down Duck, the childhood sweetheart Antonio still pines for; then Irene will know what it feels like to be rejected. This mildly distasteful premise is mostly an excuse for Le Tellier’s atmospheric, leisurely narrative of nine days in 1985, which mingles Vincent’s search for Duck, the first day of the trial and his wanderings through Lisbon with Antonio and Irene—who arrives from Paris and is not pleased to find Vincent supposedly involved with someone else. He’s faking this romance, aided by a woman he meets at a cafe. Another very young woman met by chance gives Antonio a taste of the hopeless love Irene and Vincent have both experienced, providing more satisfactory payback than Vincent’s eventual discovery of Duck. Unfolding memories give readers a better understanding of and sympathy for Vincent, who has endured a difficult childhood, his mother’s death and a fraught relationship with his father, who recently committed suicide. Intermittent excerpts from Portuguese writer Jaime Montestrela’s Contos acquosas, which Vincent is translating, amplify the novel’s tone of existential unease, which is also buttressed by glancing references to the Salazar dictatorship and Vincent’s memories of a journey to the Okavango Delta in Africa, “a metaphor for unfinished business, for adversity, for an unreachable goal.” It makes an allusive kind of sense that he names his novel after a Lisbon tramline that no longer exists.

Delicate handling of deep themes—loss, missed connections, meaninglessness—gives the novel an emotional charge greater than its low-key particulars and pacing.