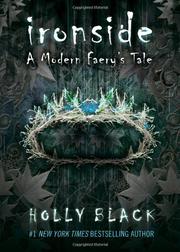 This dark sequel to Tithe (2002) reveals the corruption in even the beautiful parts of faerie. Punky changeling Kaye has just been dumped most brutally. At the coronation of her boyfriend, Roiben, to the throne of the unsavory Unseelie Court, Kaye is goaded by a malicious faery into declaring her love—and Roiben sends her off on an impossible quest. Until she finds a faery who can lie, Kaye is forbidden from seeing Roiben. Heartbroken, Kaye and her friend Corny travel to New York City, where they are entangled in the Seelie Queen’s machinations to destroy Roiben and take his land for herself. Kaye’s story is standard teen magical-romance fare, but it’s Corny’s compelling sideplot that really carries the narrative, providing emotional depth, character development and a poignant conclusion. Decadent and deadly, the urban fantasy setting is not for the faint of heart; the cruelties of even the so-called good faeries are breathtaking. Fans of faerypunk will eat it up. (Fantasy. YA)