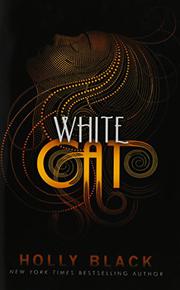 From the Curse Workers series, volume 1

Forget fairy tales. The first in Black’s new series is a dark, complex Chinese puzzle box, full of cons, criminals and curses—a denigrating term for magic in a world where it’s outlawed. Cassel is the only non-worker (magic user) in a family full of them, all tightly connected to the Zacharov crime family. He’s also a murderer, although he can’t recall some critical details of killing his best friend—Zacharov’s daughter—three years ago. The world is casually revealed through Cassel’s engaging, genuinely teenage voice, and what a world: Just like ours, except magic is common and conveyed through touch (everyone wears gloves), and instead of debating healthcare, there’s a growing political movement to legalize “cursework” so that magic-based crime can be prosecuted more effectively. Cassel’s discovery of his own talents and his realization that everyone he trusts has lied to or betrayed him propels the narrative; the larger machinations surrounding him and some unfinished romantic business mean the sequels should be equally compelling. Urban fantasy, con story, coming of age—whatever you call it, read it. (Urban fantasy. 14 & up)