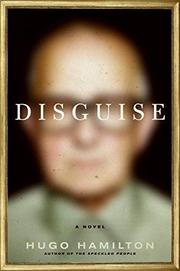 An aging man grapples with his past and with a family that questions his life story.

Hamilton has focused on the psychological displacement created by World War II in memoirs (The Harbor Boys, 2006, etc.) and novels (Sad Bastard, 1999, etc.), and he returns to that difficult terrain in the opening pages here. Three-year-old Gregor Liedmann is killed as the Allies bomb Berlin in 1945, and his distraught mother, Maria, roams the streets hoping to find him. No luck, but she and her father find another young boy, seemingly abandoned with “no records, no documents, no indication what happened to him or how he got here.” Fast-forward to the present day: Gregor is an esteemed musician and composer hoping to reconnect with his estranged wife, Mara, and his idealistic son, Daniel. The setting is a pastoral orchard south of Berlin, but a lot of anger thrums under surface. In flashbacks, we learn that Gregor strained to separate himself from his parents after learning of his adoption, a tense situation that prompted Mara to find Gregor’s adoptive mother in hopes of reconciliation. That goes badly: Maria insists that Gregor is her biological son, arguments ensue, and Gregor is soon off to Ireland to wash his hands of his wife, mother and child. Relationships have ended over less, but Hamilton never quite sells this split, mainly because his characters aren’t filled out especially well. His earnest book feels unfinished, an impression reinforced by a plethora of underwritten secondary figures—particularly Daniel, who exists mainly to remind Gregor (and the reader) of his abandonment. Though the story moves toward a final reckoning, the closing revelation is underwhelming.

Hamilton is a graceful stylist, but he can’t quite make the details of Gregor’s life cohere into a resonant tale of one man’s identity crisis.