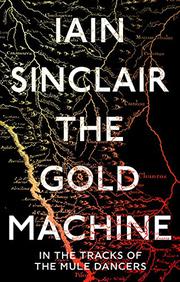 In The Tracks of the Mule Dancers

A British writer heads for the South American rainforest in search of an elusive ancestor.

Other than Peter Ackroyd, nobody knows London better than Sinclair. Here, five decades into a distinguished writing career, he ventures farther afield, traveling to Peru on the trail of a Scottish ancestor who sought his fortune in coffee. “In some way yet to be defined,” writes Sinclair, “I believed that Arthur was out there, in the territory, a hungry ghost unconcerned with ‘closure.’ ” He adds, “Too many words, too many journeys on trains and planes, left me sick and used up.” Yet he felt an obligation to revisit his great-grandfather’s old haunts, and the journey recharged him. Traveling with his filmmaker daughter—an eminently practical young woman who actively sought out local guides and followed local customs, rather unlike Arthur, who made his way down a vast jungle river in the company of “a pair of duplicitous and drunken priests”—Sinclair found himself among Indigenous peoples and modern gold-rush looters of wild places, to say nothing of stray Sendero Luminoso terrorists and incautious tourists. At times, Sinclair approaches the philosophically charged anthropology of Claude Lévi-Strauss’s Tristes Tropiques, and William Faulkner is never far away from his mind. The author also reflects on Joseph Conrad, Henry James, B. Traven, Werner Herzog, Arthur Rimbaud, the nature of memory, the state of civilization, and, above all, mortality (“grave goods should always be returned to the designated dark”)—especially since his travels immediately preceded a pandemic that would soon devastate the places of which he writes. While his story is often tangential and idiosyncratically told, it is packed with language of gnomic brilliance: “Knowing ourselves a little better with every mile travelled, we also know the savage pull of indifference.” A worthy practitioner of the close-scrape school of British wandering, Sinclair, as this book makes clear, deserves to be much better known abroad.

Fans of travel literature will prize this shimmering account of a journey into the past.