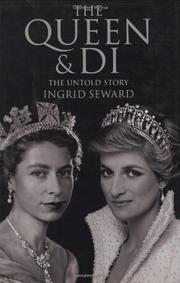 A surprisingly fresh addition to the mountain of biographies of the late Princess of Wales—this one focusing on her relations with the Queen.

Seward, a longtime correspondent on matters royal and editor-in-chief of Majesty magazine (and, as it happens, the last journalist to interview Di), has obvious sympathy for the Princess. But she has greater sympathy, it would seem, for the long-suffering Queen Elizabeth II, who came to power in the shadow of scandal, worked for decades to give England a ruler of whom it could be proud—or, at least, not ashamed—and then had to endure the public posturings of her eldest son's petulant, bulimic, and generally uncooperative bride. (To her credit, as the author ably demonstrates, Di was nowhere near as awful as Fergie, who fueled Fleet Street tabloids with her self-serving antics.) Contending with Di (who emerges in these pages as both a confused, troubled soul and an extremely shrewd, self-aware schemer) could not have been very pleasant for the Queen, who was sometimes distant but even shrewder than her daughter-in-law (and, to gauge by Seward's account, a font of patience). Even so, the Queen seems to have acquired a little more humanity in grappling with Di's all-too-human troubles, “excusing her indiscretions, making allowance for her illness, overlooking her outbursts, taking note of her grievances, ignoring the way she tried to claim center stage,” and their 15-year-long association had tangible effects on the way the royal family conducts itself today (its budget downsized, for example, by a populist government that took Di's side in the long struggle for power that only ended with her death in 1997).

A well-written, guilt-free treat for devoted royal family-watchers—whose numbers are, of course, legion.