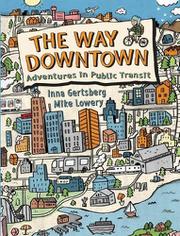 Zoom is an imaginary, probably North American city with a diverse population and many public-transportation options.

Among its inhabitants and visitors are: four didgeridoo-playing street-performing siblings called the Zanies; Robbie, a first-grade photographer visiting his aunt; Agent Rybka, a white spy; Boris, a guide dog who leads his blind friend, Guy; and scientist Dr. Brody. Agent Rybka, Dr. Brody, and Guy all appear to be white; the Zanies and Robbie have brown skin. The named characters take various forms of transportation to their destination: Great Park. Dr. Brody takes a ferry to work with bike rides bookending the short voyage. Bike lanes and the bike-sharing system are explained. Robbie and his aunt take the bus to the subway. Agent Rybka, eluding people, takes an unusual route involving railroad trains and subways. The Zanies use their unicycles and the subway. They explain tickets and transit passes. Boris and Guy ride the light rail (defined in the extensive glossary), which has a Braille schedule. Everyone arrives in the park, including two strange creatures discovered by Dr. Brody in China. Very busy pen-and-ink–and-digital illustrations in a naïve style include maps, flow charts showing each character’s itinerary, cartoon panels (with speech balloons), and large double-page spreads. Lots of labeling and funny details keep readers poring over the pictures and make this book best for small groups or individual use. The text sometimes attempts too much in its complicated interweaving of human stories and transportation systems, but there’s much useful information to be absorbed.

Kids interested in cities and transport as well as fans of Richard Scarry–like busyness will be busy with this book for many readings.