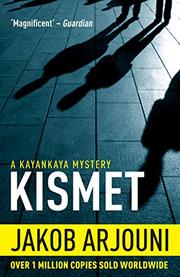 A routine shakedown leads Frankfurt PI Kemal Kayankaya (One Death to Die, 1997, etc.) to a maze of slimy, violent crooks.

The Saudade Restaurant doesn’t do enough business for Romario, its owner, to pay a protection fee of 6,000 Deutschemarks per month. So after losing his thumb to a pair of tough guys who say they’re from the Army of Reason, Romario gets Kayankaya and his buddy Slibulsky—the ice-cream man whose résumé includes work as a bouncer and bodyguard—to protect him from the protectors. The result is a bloodbath that doesn’t end until the Saudade is reduced to ashes. And it doesn’t really end even then, because Kayankaya won’t let the case die. Convinced that Dr. Michael Ahrens, the soup king whose BMW was obligingly parked outside the restaurant, is behind the racket, he digs in his heels. So does Ahrens, and there’s a stalemate until Kayankaya, who’s already got one client whose dog he’s being paid to find, takes another, a teenaged refugee named Leila, who wants him to find her mother while Leila perfects her German by reading pornography. Despite the jocular mood, no story involving so many sordid felonies can end happily, and this one doesn’t.

The plot is full of holes and awkward shifts as Kayankaya hurtles from one nest of vipers to the next. But even apart from the obligatory anti-Turkish episode, the unsavory atmosphere is inimitable.