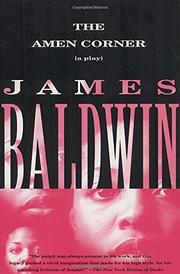 With the exception of "The Man Child," a macabre, faintly Lawrentian study of repressed love between two white men in the rural South, all of Baldwin's tales here deal in one form or another with the Negro problem. Technically, a good portion of the work is crude and unconvincing. "Come Out the Wilderness" and "Previous Condition," for example, rest on slight themes: the first concerning a Negro girl's hapless involvement with an opportunistic white Village artist, and the second presenting the frustrations of a Negro actor when he is denied lodgings in a white neighborhood. "This Morning, This Evening, So Soon" is an ironic mood piece, a chronicle of a Negro expatriate in Paris: on the verge of fame and fearful of returning to the states, the singer discovers that his friend, a Tunisian outcast, is not above stealing from people of his own race. "Sonny's Blues" is an over-long, over-loud lament of a doomed jazz musician who becomes a junkie, ending on a muted moment of recognition between himself and his square brother. "The Rockpile" is a brief , bitter account of children blighted by Harlem family life. The title story is reminiscent of Baldwin's recent play Blues for Mr. Charlie; the white protagonistThe Amen Carner is a much better play than Blues for Mister Charlie, which was Baldwin at his agit-prop worst. Perhaps its superiority is due to the time of composition, right after Baldwin's best novel, Go Tell It on the Mountain, with which it has a sibling relation. What we find in Baldwin's early work is an impassioned hurt and poignancy, a lyric openness to his terrible past and the impugned humanity of the Negro, which the headier, later confections like Another Country and the more pamphleteering pages of The Fire Next Time seem to have escalated into a pompous, all-purpose revanchist rhetoric. True, The Amen Corner is old-fashioned, even homey, theatrically speaking: but its central character, the store-front Harlem evangelist, Sister Margaret, a "fiery, fast-talking, little black woman," unexpectedly shattered by the return of a husband she never understood and the disaffection of a son she presumed to understand too well, is a beautiful, moving, and often heart-breaking creation, a figure of real yearnings and consequence rarely placed on the Broadway stage. Unfortunately, The Amen Corner was not a success when it was finally performed here a few seasons ago. Probably the gospel-singing atmosphere, the wonderfully modulated idiomatic speeches, and the genuine sentiments expressed alienated the vogue-hungry New York audiences. The loss is theirs., a deputy sheriff, is momentarily impotent until aroused by a terrible memory: as a boy, he witnessed, along with his gloating parents and other adults, the brutal castration and burning of an uppity Negro. All of these tales have an undeniable urgency, power and anger, yet only "The Outing" achieves true artistry, probably because it is the most personal and not melodramatic at all. Symphonic in structure, mixing religious and sexual motifs, encompassing various shades of characters and situations against the background of a boat trip up the Hudson, "The Outing" is memorable in every sense; funny, sad, colorful, it is a triumphant performance.