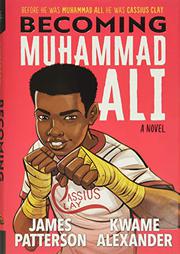 From the Becoming Ali series, volume 1

Cassius was a spirited child growing up in segregated Louisville, Kentucky. He had a loving home with his parents and younger brother, Rudy. Granddaddy Herman also was an important figure, imparting life lessons. His parents wanted him to succeed in school, but Cassius had difficulty reading and found more pleasure in playing and exploring outdoors. Early on, he and Rudy knew the restrictions of being African American, for example, encountering “Whites Only” signs at parks, but the brothers dreamed of fame like that enjoyed by Black boxer Joe Louis. Popular Cassius was especially close to Lucius “Lucky” Wakely; despite their academic differences, their deep connection remained after Lucky received a scholarship to a Catholic school. When Cassius wandered into the Columbia Boxing Gym, it seemed to be destiny, and he developed into a successful youth boxer. Told in two voices, with prose for the voice of Lucky and free verse for Cassius, the narrative provides readers with a multidimensional view of the early life of and influences on an important figure in sports and social change. Lucky’s observations give context while Cassius’ poetry encapsulates his drive, energy, and gift with words. Combined with dynamic illustrations by Anyabwile, the book captures the historical and social environment that produced Muhammad Ali.

A stellar collaboration that introduces an important and intriguing individual to today’s readers.