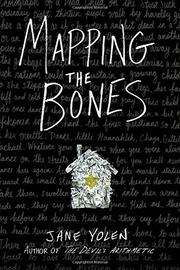 A Holocaust tale with a thin “Hansel and Gretel” veneer from the author of The Devil’s Arithmetic (1988).

Chaim and Gittel, 14-year-old twins, live with their parents in the Lodz ghetto, forced from their comfortable country home by the Nazis. The siblings are close, sharing a sign-based twin language; Chaim stutters and communicates primarily with his sister. Though slowly starving, they make the best of things with their beloved parents, although it’s more difficult once they must share their tiny flat with an unpleasant interfaith couple and their Mischling (half-Jewish) children. When the family hears of their impending “wedding invitation”—the ghetto idiom for a forthcoming order for transport—they plan a dangerous escape. Their journey is difficult, and one by one, the adults vanish. Ultimately the children end up in a fictional child labor camp, making ammunition for the German war effort. Their story effectively evokes the dehumanizing nature of unremitting silence. Nevertheless, the dense, distancing narrative (told in a third-person contemporaneous narration focused through Chaim with interspersed snippets from Gittel’s several-decades-later perspective) has several consistency problems, mostly regarding the relative religiosity of this nominally secular family. One theme seems to be frustration with those who didn’t fight back against overwhelming odds, which makes for a confusing judgment on the suffering child protagonists.

Stands out neither as a folk-tale retelling, a coming-of-age story, nor a Holocaust novel.